No matter how long a person has been teaching, he or she can always learn new and better ways to do it. Students today are vastly different from what they were when I began teaching some 12 years ago. When I say ‘teaching’ – it isn’t just teaching the subject. There is a lot more to handle when you are helping kids to come out as successful citizens of tomorrow. You can no longer tell them, “No, we were never like this, we used a different style.” Though we may have learned it in a much better way, there is no point in telling it. Kids today are not the same as the kids of yesterday, they have changed, so we need to change as well……

but the question is - what/where are we heading towards?


I am calling it a day, rather running away from today…it was simply an awful today! Let tmrw be kind enough to bring in some sunshine! 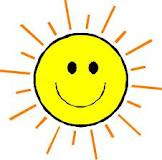 If you are a Mallu, I guess I don’t have to explain what a ‘para’ means! I am sure most of you would have a smile (sarcastic/mysterious/weird) on your face, right now!!!!!!! Yes, I am talking about one of the most common words in Malayalam -‘para’. Not sure, who coined it, but trust me, there cannot be a better word!!!!!!!

I happened to analyse this word today – thanks to a very interesting caricature show by Jayaraj Warrier, which I had watched recently. He opened his show with a very interesting intro about how our “God’s Own Country” came into existence. The story is known to all mallus – Parasurama, the warrior-sage threw his favourite weapon the axe, from Kanyakumari to the northern direction. To show his reverence, Varuna , the Sea God receded to the spot and this land, later came to be known as 'Kerala', a land which is free from all human vices. 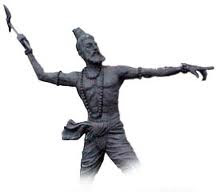 Warrier’s version of this story is the same, but the addition he made is really hilarious. He says, “Parasurama used an axe made of iron, and later mallus used a part of the iron left to make “para!” For those who are wondering what a para is, let me explain. The literal meaning of this word is “a hand tool with one side of its head forged and sharpened to a cutting edge, used for felling trees,”, but now, for mallus, it is the nickname for troublemakers. These kinda people can be annoying, and bothersome. Though they are not really successful with their task, they can create ripples of disturbance in us. According to Warrier, only mallus possess this trait, but I feel they are found every nook and corner of the world.

When I put my mind into the action-replay mode, I hear the long conversation I had with a good old friend of mine, about this topic. I guess, it was after this episode that I changed my attitude towards “paras”. I have also modified my way of dealing with these kinda people . My friend is in software industry, where he has to deal with a lot of them. His philosophy is amazing! He says, “Without them, my life would be very dull. They make my work interesting and challenging. They give me the much-needed enthusiasm.”Attitude!!!!!!!! That’s what I should call it!

These‘paras’ used to get on my nerves earlier, but now, whenever I need to deal with paras, I borrow his attitude and believe me, I have found it absolutely TRUE. So the moral of the story is “Let there be more and more of them, let’s have fun dealing with them!!!!!!!”

So finally, I turned a year older, with nothing much changed …....neither did I wake up an inch taller(which I would’ve loved to see), nor did I have any extra grey hair on my head. I was happy for all those wishes from round the globe….it was just another day - one happy day!
Posted by Sunie at 6:20 PM 6 comments:

Though just a month and a half, I feel it has been ages since I came here! Yeah, I am back from TH and the work associated with it. Today, I had a memory montage playing in my mind. Off and on at random hours, images blazing in a line….its all fresh, some images had sound effects too…sparks of laughter, serious conversations, arguments, jokes and those happy happy moments – happy happy faces– yes – from Talent Hunt! Now, this is being replaced with a slide show of question papers and answer scripts! The time has come for me to go back to that shell for a while, and let me focus on getting back to “serious work” for me and “real torture” for the kids - The Exams!

A patchwork of memories from TH can bring in a twinkle in the eye and make the sun shine brighter for me – A Dive! Some great moments – perhaps the ones I liked the most!

The five-men army ROCKED too!
Posted by Sunie at 3:59 PM No comments: