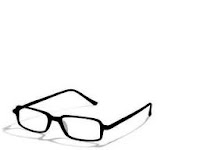 Spectacles is the name given to a pair of glasses used for correcting defective vision. We meet many people who wear spectacles for a better vision! When we look around, we find almost 90% of the people whom we know wear a particular type of spectacles –  to be more specific - spectacle of perfection! And most are proud of the fact that through these spectacles they can find out any deficiency on anything. But what they really miss in the process is the beauty of the things around, while busily looking for the deficiencies. So ppl, look out for a new type of spectacles which will help you getting a better look at the beautiful things in life!
Posted by Sunie at 10:00 AM 1 comment:

I must have seen her a hundred times, in the past three years, but never stopped by to tell a ‘hi’!
I regret! I should not have done that!
Many times, I had wished to get in touch with her, but it never happened.
Last week, I got a chance to get in touch with her, I should say, I have been fascinated by her, since then!
She is gentle and beautiful, with almost all the qualities I expect in a good friend! I feel, she may become one of my best friends!
Now, almost everyday, I try to talk to her and she gives me a lot of happiness when we are together! I have even started talking about her to almost everyone I know.
That’s not all, I have even recommended many to make her an intimate friend!
Would you like to be friends with her? Would you like to know her better?
Her name is FROZEN THOUGHTS, one of the best magazines I have ever come across!
Posted by Sunie at 9:33 PM 2 comments:

Celebrated Onam and trying to get back into the work mode!
Called up Aryad Ammumma to wish her a wonderful birthday. As I talked to her, I could feel the excitement in her voice, having a lotta people around her. She was soooooo happy!
Ammumma is one gentle lady whom I admire a lot! She is an epic by herself! A mother of 11 kids – she has seen and borne so much in life! At 93, she is still energetic and that is what makes her keep going!
Whenever we go to Alleppey, she will always be there to receive us and one thing that you will notice about her is her big broad smile! There are three generations after her, but believe me, she can tell you every single thing about each one in the family, be it their jobs, the places they live in, their friends, and even their stars!!!!!!!!!!!!
It is always a pleasure to talk to her – you feel the real warmth in her words. I just love the way she describes her youthful days and the experiences she had with each of her kids! I should say, very rarely, you come across such a person! She is gem of a person, caring, one of the least demanding and amiable grandmas, I have ever seen!
Cheers to you ammumma for 93 wonderful years! Wishing you many many more happy birthdays with your loved ones!
I feel bad for not having been able to make it to the birthday party, but I know, she can understand!
Posted by Sunie at 1:08 PM 3 comments: 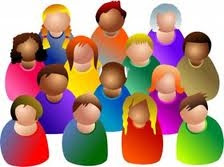 Thanks to Vinayagar Chathurthi for the holiday today and here I am to just write something about people, in general! No other interesting topics brushed my always ‘alive brain’!

It has been rightly said –


It is not that I have decided to place me in the third category, but just wanted to pen down a few things, which attracted my attention! I have not always been good at judging people. I get along well with almost anyone and try hard not to have any sort of problems with anyone! Most of all, I hate to have silly tussles with people! I have been pretty much successful in this too!
We come across a lot many people, now and then. Being an English teacher for the past ten years, I have had a great time with people around me. And, the loads of novels and short stories which I have read throughout my life, have fed my brain with behavioral traits of hundreds of characters. Coupled with my interest in observing people, I would often enter into their proverbial shoes, mostly for fun and sometimes, with damn seriousness. Technically, you can call it ‘parasocial interaction’.
I have seen a lot many people, who are crazy about putting others in trouble! Though I don’t really enjoy seeing this, it is very obvious that they thoroughly enjoy this process! The funniest part here is that they think that no one understands this, and try to project the image of not knowing anything at all! They are so hungry for ‘information’ that they try to know everything around them and then set their trap! It is also very funny to observe the route by which they collect info!!!!!!!!!!!! The best part is here, they always try to convince you, something which you already know is a LIE! Some of them are so perfect in this art that ordinary souls can never read from their face and often fall prey to their malicious deeds. And, they think that can destroy or deceive every one, like a virus. But, they don’t know that some people have the necessary anti-virus packages in their brain to tackle these menus. Though I can’t stand them, I have often tried to analyze their problem! The reasons are of course - frustration, inferiority complex and conflict, sometimes even the feeling of not being accepted! Let’s forgive them for that!
And, there are some others who do not intentionally want to harm others, but just want to be in the limelight. People in this category can be considered, more or less, harmless, for they don’t interfere with anything at all!
And, there are some others, who go about their work and concentrate on what they do! That’s indeed a great thing to do, so that they can excel in their work!
I guess Francis Bacon’s quote makes sense with respect to people too!
“Some books are to be tasted, others to be swallowed, and some few to be chewed and digested!”
So, the moral of the story is -
Some can be tasted and ignored!
Some others can be swallowed, which means they could be made friends with!
Some can be chewed and digested, which means they could be made friends for life!
Posted by Sunie at 10:56 PM 5 comments: